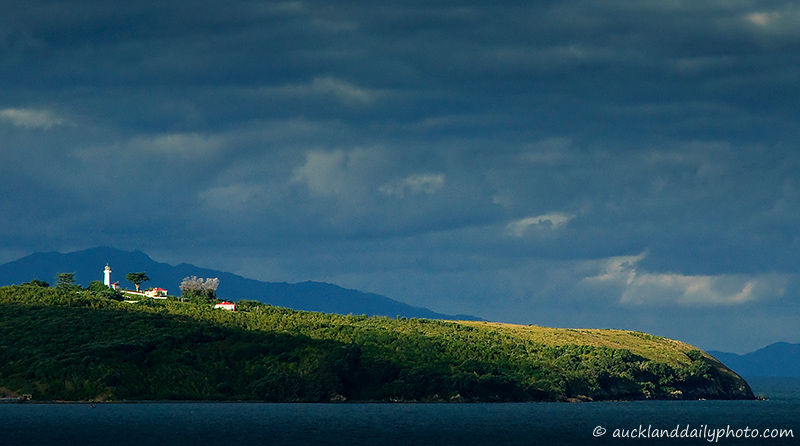 The lighthouse at Tiritiri Matangi island viewed from Shakespear regional park at the tip of the Whangaparoa peninsula.

Tiritiri Matangi (“looking to the wind” or “wind tossing about”) is one of the most successful conservation projects in the world. Unwanted predators have been eradicated, and the once-pastoral island has been replanted with native trees. Rare native birds and animals have been returned to its now-safe and restored habitats. Tiritiri Matangi is an open sanctuary.

One of New Zealand’s oldest working lighthouses, the Tiritiri Matangi Lighthouse is a heritage site. Built in 1864 of pre-fabricated cast iron, it was transported from Britain and erected in the spot where it stands today. Over the years the lighthouse has changed and adapted many times. It is now solar powered and fully automated.