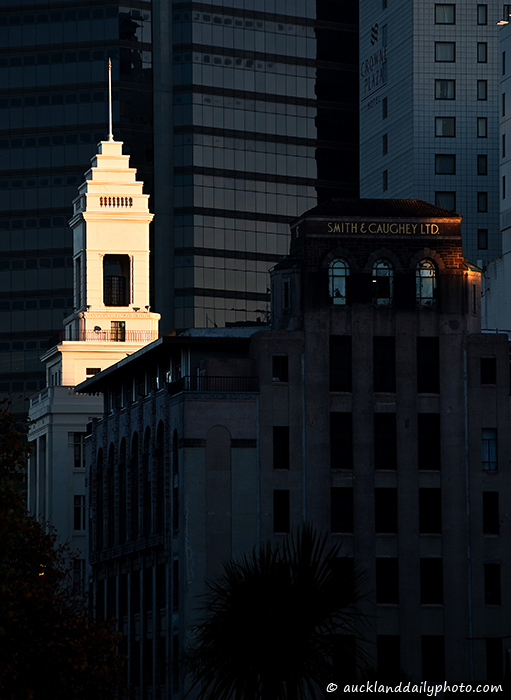 First light in the city.
The Smith and Caughey Building on the corner of Wellesley and Queen Street and The Elliot Street Hotel tower behind.

The T & G (Temperance & General Mutual Life Assurance Society) building housing now the Elliot Street Hotel was first built in the 1880’s. The Tower was added 1930 when was thought to have been the highest Auckland structure.
The Smith and Caughey Building completed in 1929, was designed by Roy Lippincott.