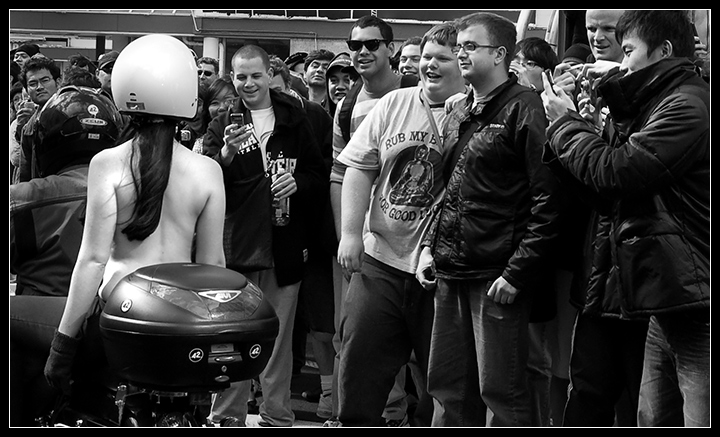 The very controversial “boobs on bikes parade took place yesterday along Queen Street in Auckland’s CBD. It was said that about 100000 people lined the street… To some it was fun to others a shame.

The Auckland City Council applied for an injunction, but the judge was not satisfied that the parade breached the legal threshold of offensiveness.

Judge Nicola Mathers said: “The attitude of the police, the lack of any public disorder on any previous occasions and the fact that 80,000 to 100,000 people have voted with their feet and watched the parade leads me to the view is uncertain and/or unreasonable in the way it refers to offensive.”

I agree with the judge.

11 thoughts on “boobs on bikes”