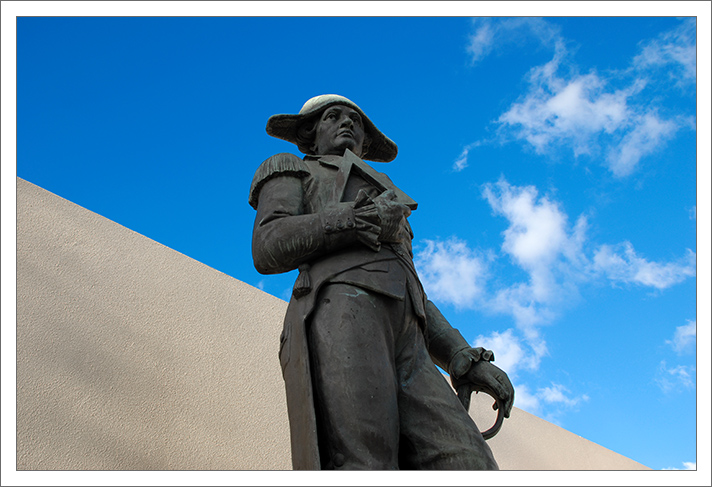 This statue of Captain Cook sits proudly in front of the Lion Brewery on Khyber Pass Road in Auckland.
There’s only one problem, though, the statue isn’t of Cook. It was supposed to be. The statue was a gift from a wealthy local businessman who had two cast in bronze in Italy, the other one is on Kaiti Hill in Gisborne. To make things worst the uniform is not actually that of the Royal Navy, but of the Italian Navy. To most people though, its just a fine statue. And for those who have never seen an actual depiction of Captain Cook, well… it’s close enough!