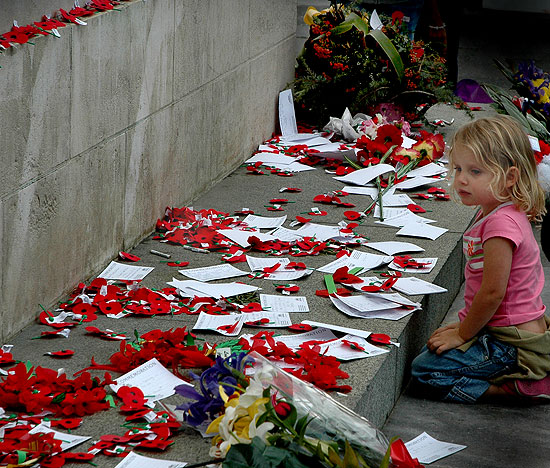 Today is Anzac Day in New Zealand and Australia. It is the anniversary of the landing of the Australian and New Zealand Army Corps at Gallipoli in 1915.
Anzac Day is observed as a day of commemoration for those who died in the service of their country and to honour returned servicemen and women.

It was a French woman, Madame E. GuÃ©rin, who conceived the idea of widows and orphans manufacturing artificial poppies in the devastated areas of Northern France that could be sold by veterans’ organisations overseas for the benefit of veterans as well as the destitute children of northern France.

The first Poppy Day in New Zealand was held on April 24, 1922. After over 80 years, few appeals can claim the history and public recognition as that of the Poppy Day Appeal.

Nathalie and Sally have beautiful posts on Anzac Day with interesting thoughts and information.