Skip to content
Its official: The NZ Government backs off the Waterfront stadium! and Eden Park – the sacred grounds of NZ rugby gets the nod! 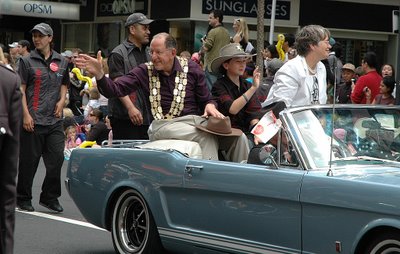 Mr Dick Hubbard, Mayor of Auckland, supporter of the Waterfront option, waves happily to the crowds at yesterday’s Santa parade. He lost today, but in the long run he may have won more than what he lost. Cheers! More at the NZ Herald.