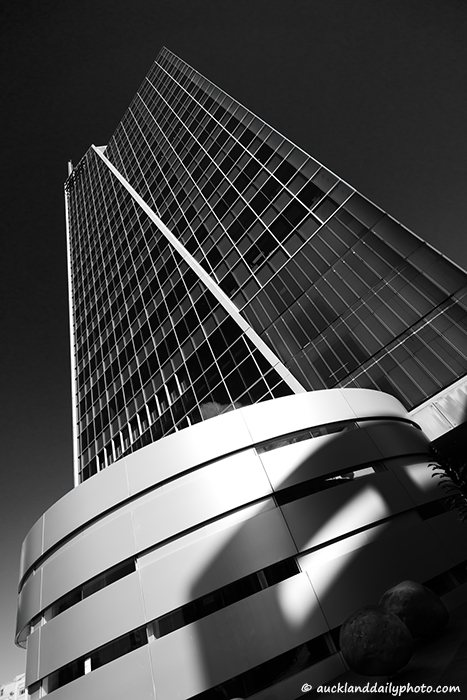 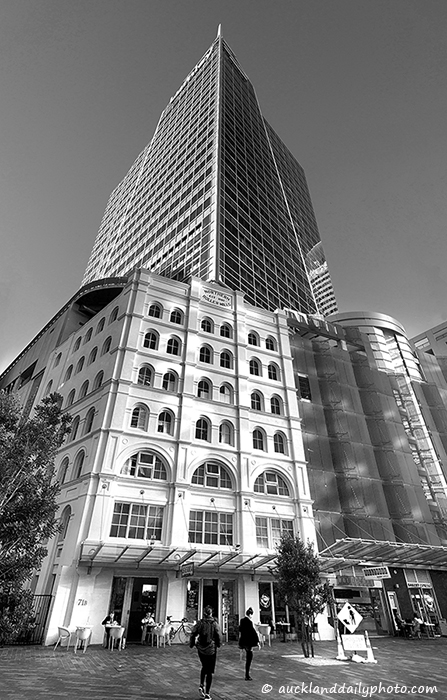 Fort Street, Downtown Auckland.
The Northern Roller Mills building in the foreground with the Lumley building behind
Please visit The Weekend in Black and White for more gorgeous B&W photography. 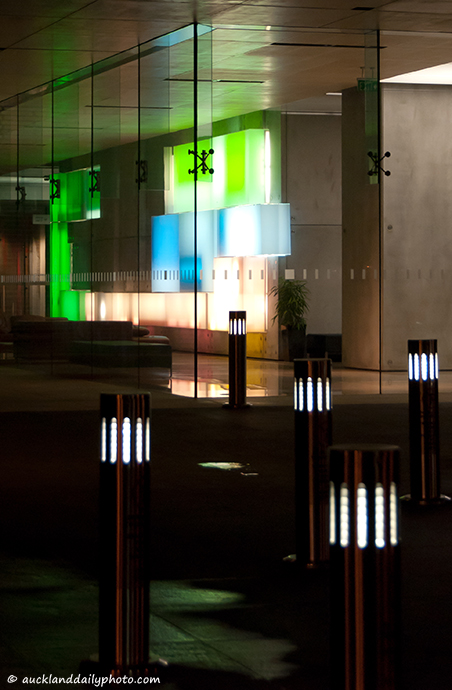 A night view of the  entry foyer of the Lumley Building 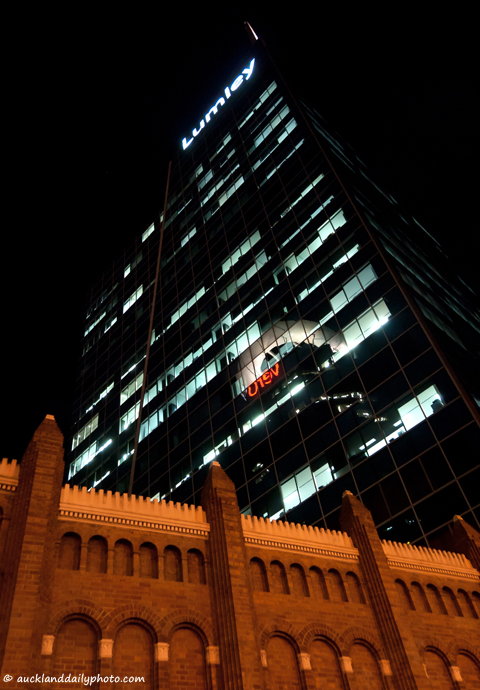