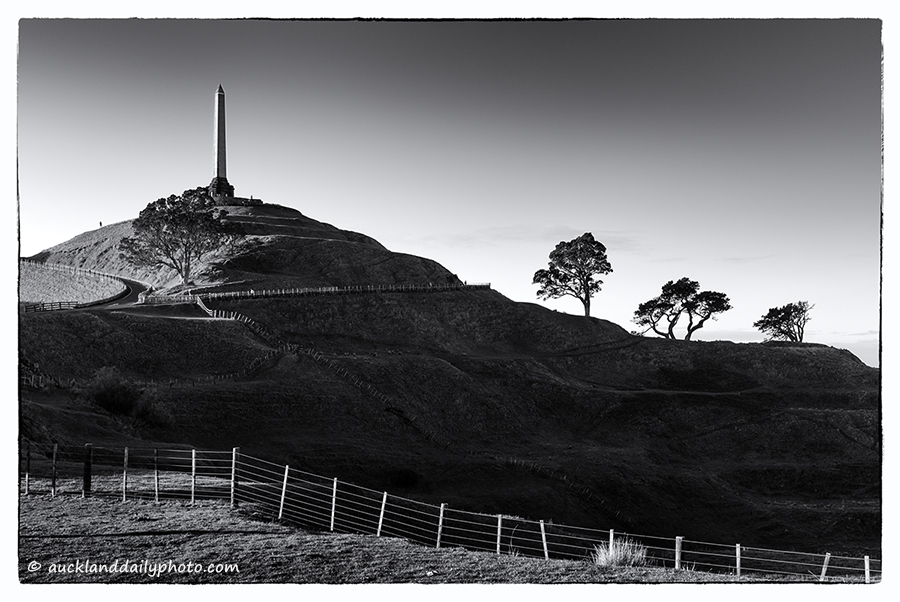 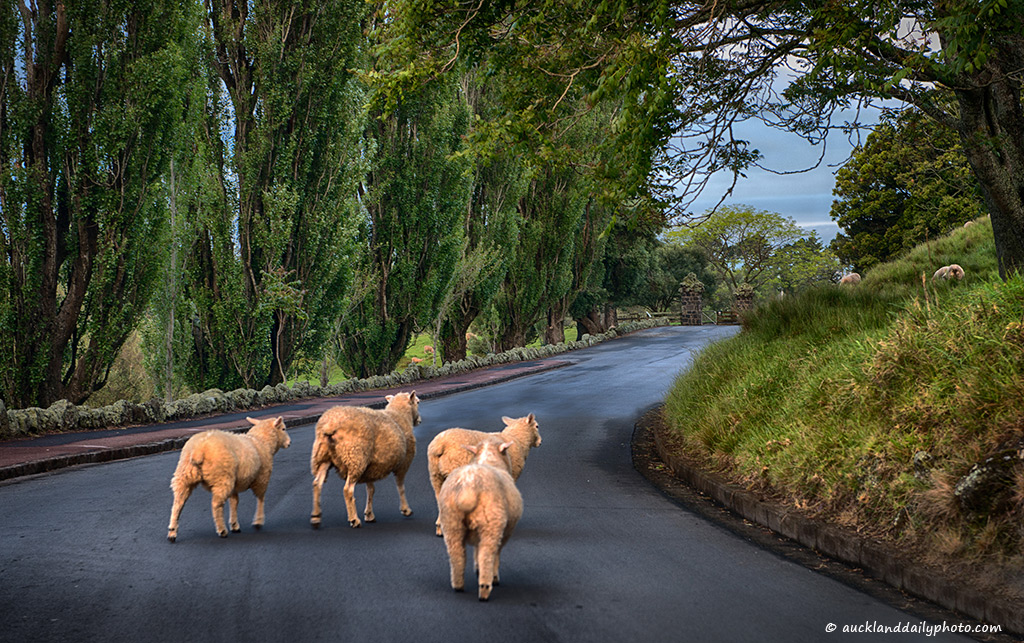 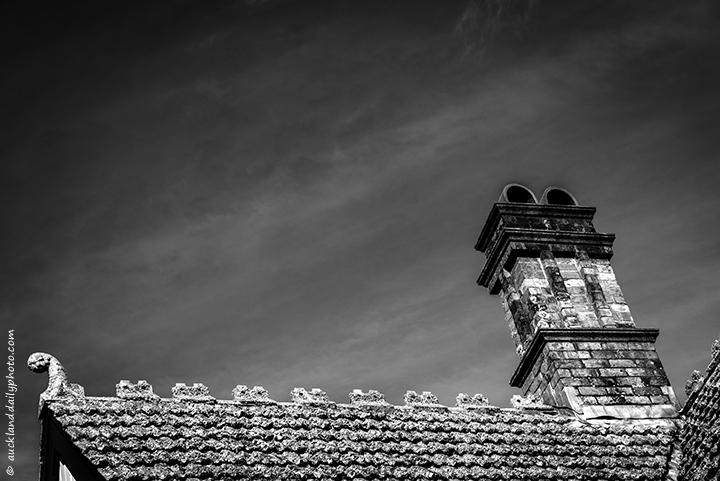 The scene looks a bit creepy at first sight, but in fact is a very peaceful scene with recently sheared sheep resting in the shadows of Cornwall Park
Click image to enlarge 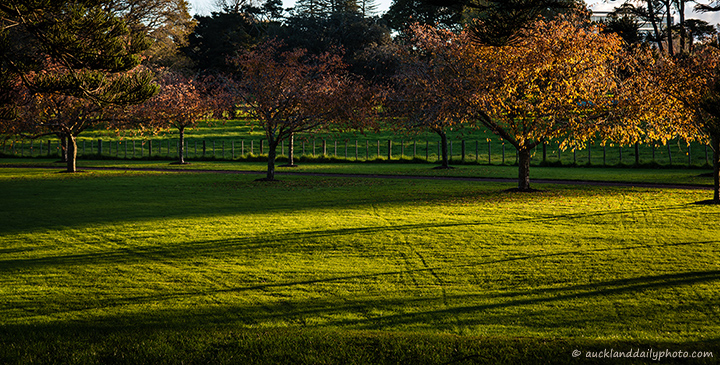 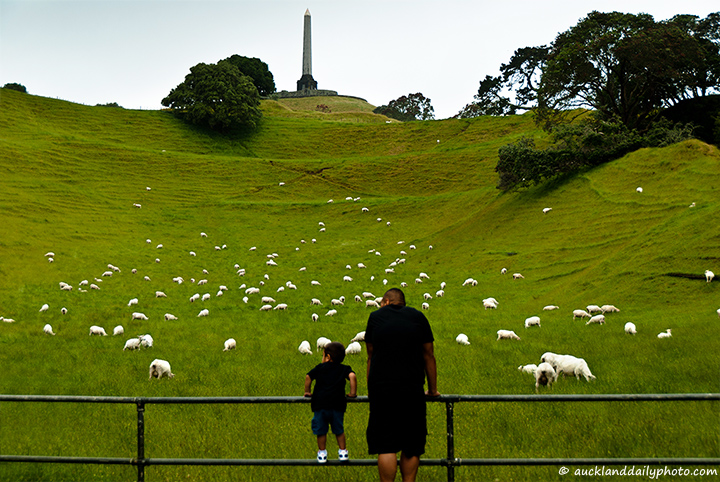 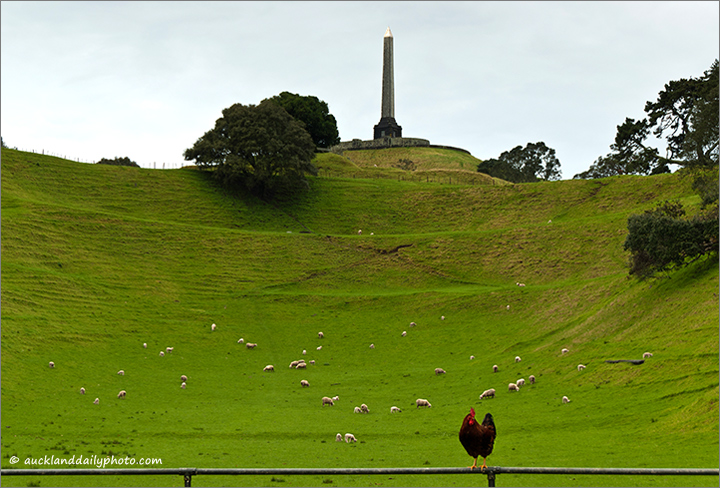 In spite of the rugby, life goes on at its usual pace at the Cornwall Park.
Here a rooster stands guard while sheep graze peacefully in one of the One Tree Hill volcano craters.