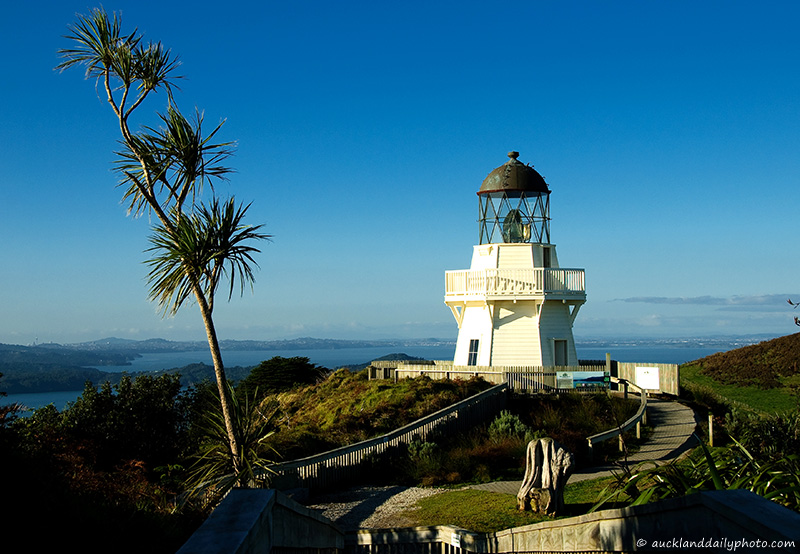 Sparkling under the bright sun, this is the Awhitu Lighthouse at the Manukau Harbour Southern Head.
The Lighthouse dates from 1874.  It ceased operation in 1986 and it was relocated next to the Manukau Heads Signal Station, which has been on the site since 1865. It has been meticulously rebuilt, using original parts, by volunteers from the local Awhitu community.

7 thoughts on “The Awhitu Lighthouse”