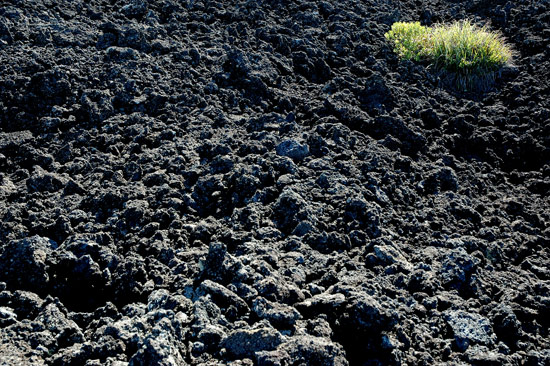 The vegetation is still taking its time to cover the lava on Rangitoto. Its been just a mere 600 years since the island was formed in a violent eruption from the sea.Â  The volume of the lava is about 2,300 million cubic metres (equivalent to 468,000 Olympic sized swimming pools) .

Rangitoto’s name is derived from the phrase “Te Rangi i totongia a Tamatekapua – the day the blood of Tamatekapua was shed”. Tamatekapua was chief of the Arawa canoe which arrived about 1350, and was engaged in (and lost) a major battle with the Tainui at Islington Bay.

There are several Maori myths associated with Rangitoto. One tells of the Tupua, children of the Fire Gods, who inhabited the Auckland area.

One night a husband and wife quarrelled and cursed the goddess of fire, Mahuika. Mahuika complained to Mataoho, the god of earthquakes and eruptions, who sent an eruption to destroy the Tupua’s mountain home. It was swallowed by the earth and became Lake Pupuke on Auckland’s North Shore, and Rangitoto rose out of the sea. When mist surrounds Rangitoto, it is the tears of the Tupua couple as they weep over their lost home.Â  (From: irc.govt.nz)